Robot personalities, China’s new cyberweapon, the exponential growth in camera sales, types of machine intelligence, & views on how the Unicorn phenomenon.
Thanks to @ajitjaokar and @umairh for contributions
Please share this on Twitter/Facebook if you like it! Thanks!

Google patents robots with personalities in first step towards the singularity

(via @ajitjaokar) Google has been awarded a patent for the ‘methods and systems for robot personality development’, a glimpse at a future where robots react based on data they mine from us and hopefully don’t unite and march on city hall.

Can we keep AI friendly?

Philosopher Nick Bostrom says major tech companies (like Google and Facebook) are listening to his warnings about investing in “AI safety” research (while obviously also getting patents on robot personalities).

The exponential explosion in camera sales

Yes, sales of stand-alone cameras have collapsed. But sales of cameras have exploded, thanks to the smart phone. In fact, 10x in the last ten years. A great exponential graph for any presentation you give.

China has a new cyber-weapon - the Great Cannon. Capable of debilitating internet infrastructure with high volume DDos attacks. An interesting tear down.

What is Machine Intelligence?

A survey of more than 2,700 machine intelligence startups reveals some interesting patterns.

A chimpanzee attacks a drone - this is the future

Just a fun video with shades of Space Odyssey 2001, Planet of the Apes and Terminator in one weird dystopian set-piece. A chimpanzee uses a stick as a weapon to down a drone. 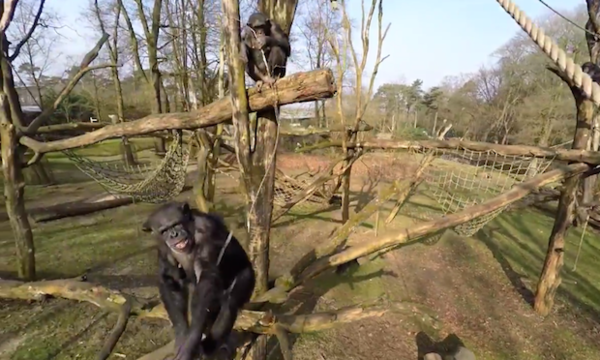 The end of asymmetric information

More and more data is coming out to support the hypothesis that women make better leaders than men.

Here are the secrets of Unicorn companies

A great piece of research on what drives companies to rapid outsized success: Great teams. A platform. A community. And a mission. Not so secret right now, but common patterns have definitely emerged.

What did billion dollar companies look like at series A?

Five key traits of unicorns at the Series A. Some may surprise you.

Some Unicorns might be overvalued, but all dinosaurs gonna die

Dave McClure in a characteristically spirited argument for the strength of exponential businesses (and a strong argument for why our focus should be on the non-innovating incumbents on their way to a slow death.)

How do you build something that matters?

If you like this, please share it on twitter or email it to a friend who would enjoy it. And also email me any tips on azeem@azhar.co.uk