Is advertising unethical? And should we protect our attention? Even as humanities baseline metrics improve do we need new economic models to explain the world? More deep learning and whacky images because deep learning is just too much fun.

Dept of the near future

😬 Is advertising justifiable? “Advertising is made artificially cheap, like the output of a coal burning power station, because the price at which it is sold doesn’t reflect its negative effects on third parties - us.” The ethical imperative for protecting our attention. Excellent read

🐔 How to engineer serendipity & foster innovation in organisations.

🐸 Can biologists save economics? Timely argument that complexity models from biology might better explain non-linear economic systems, like the one we live in, than static equilibrium models. Harking back to Eric Beinhocker’s superb Origin of Wealth (Excellent, if-you-read-one-thing-read-this, summary here.)

👏 The world really is getting better all the time. News headlines be damned the data don’t lie.

😇 How and why we should build our attention span in a world of interruptions.

😠 A day in the life of an identity thief. Great expose.

Is there any value in a blockchain without a cryptocurrency attached?

👄 Azeem’s Exponential Digest grows by word-of-mouth recommendations. This week, I’d love some help getting some subscribers in the Bay Area. Particularly interested in technical founders, design thinkers, VCs or academics - with the usual spike in artificial intelligence of machine learning. Know anyone like this? Please forward this to three people with a recommendation to subscribe.

It’s a week of old overtaking the new; and new economy models overtaking stalwarts of the industrial age.
Amazon’s market cap exceeds Walmarts.
Facebook passes General Electric. And in a fascinating twitst, Thomas Edison, the founder of GE, was known as the wizard of Menlo Park. This moniker might now belong to Zuck.
IBM, the stalwart tech company which rode not only tech paradigms shifting but multiple world-wars is screwed argues veteran commentator Robert Cringely. 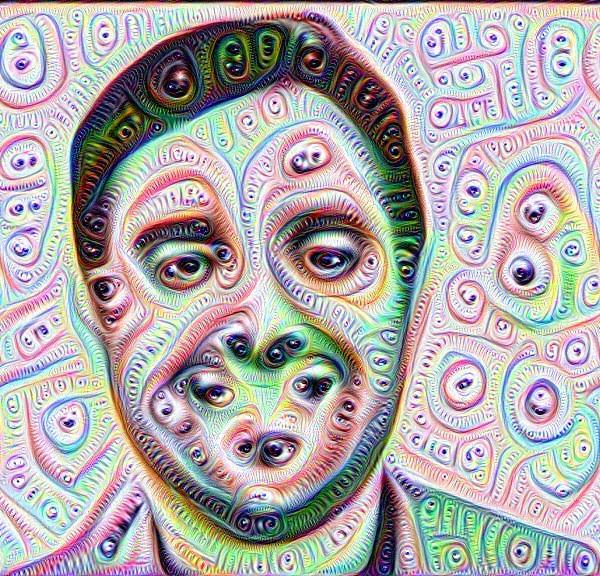 Deep learning is going to be an important tool in business, as I’ve argued in previous issues. Neural nets are sometimes posited as brain-like structures that don’t need any prior information or parameterisation.
In reality, in production, tuning a neural net is an art and a science itself. Even the best examples of deep learning we’ve seen require substantial prior knowledge (selecting the depth of the network, number of layers, learning rate, quantization/tokenization of input data and the selection of hyperparameters.)
Of course, what we can do with modern neural nets and todays CPUs and data sources is kinda amazing. Here are a few examples from this week:

Play about with deep learning in your web browser. Very accessible
👾 Dreamscope lets you create your own inceptionism-style deep dreaming images with a variety of filters. Fun
Which neural net hallucinates the best?
Using recurrent neural networks to generate realistic handwriting.

Not neural nets, but a really interesting example of applying AI approaches to creative selection is M&C Saatchi’s efforts in London.
The ad agency is using a genetic algorithm in an attempt to craft the perfect ad.

Longer snacks for the beach

(Short morsels is this week replaced by longer snacks, as I reckon many of you will be on holiday and will need some reading.)

Apple is hiring car execs. A car must be on the cards. And one rumour is that the BMW i3 car would be the platform of choice. I’ve driven the i3. It’s a nice enough car but it’s basically a platform which needs a better user experience. Could be a good match for Apple.

🚘 How hackers took control of a Jeep while it was driving. Adama was right.

💸 Venture capitalist, Paige Craig, on how he missed out on investing in AirBNB (and lost more than $1bn).

Walking in nature changes your brain for the better. Do more of it.

😸 Men who harass women online are quite literally losers. (Hilarious)

Ancient code is a ticking-time bomb at the heart of banks, creating opportunities for new entrants.

💓 Growing a beating heart in a petri dish. Academic paper in Nature.

The mobile web is broken.

The carbon-intensity of US electrical generation is declining as we switch from coal to other fossil fuels. Fascinating chart.

Robotic surgery is linked to 144 deaths in the US over 14 years and 1.7m procedures. This mortality rate of 0.01% is substantially lower than the 1.85% mortality rate reported by the largest recent study on perioperative mortality rates. (Lots of problems in comparing these two studies but just to give you an indicative benchmark.)

I’m slightly obsessed with Bloom filters. Ask any engineer who has worked with me. Here is a lovely essay about them. Highly recommended read for product managers.

We need a new version of capitalism for our jobless future argues Vivek Wadhwa.

Reader Brian Laung Aoaeh of KEC Ventures, put together a long and detailed essay on disruptive innovation. Some useful case studies and synthesis in here.

Next week I want to look at what skills people need in a world of exponential change. I’d love to receive recommended readings on the subject.
Ping me via email or twitter